Good outdoor smart lighting options have been thin on the ground, so when Philips came out with the Hue Lily Spotlight I was happy to grab some to try out.

Having used Philips Hue lights for many years now, the addition of outdoor options is very welcome. I use them extensively in home automation rules and scenes, and automate as much of our homes lighting as possible. With these and the Calla Pedestal light I’ve been able to expand that automation outside.

I’ve been running them for about 18 months now around the pool and in the garden in general, and they have been rock solid performers for highlighting garden features. Being low voltage lights makes installation fairly painless, and they can be run quite far from the power socket if you include the optional extension cables. That’s prevented me running into any issues getting them where I want out in the yard.

As with other Hue lights, you’ll need their bridge device for these to work, so they’re ideal for existing Hue users. For others, you’ll need to factor in the price of the bridge as well, since these spots don’t use Bluetooth like some of the newer Hue products can. The benefit there is that you’ll be able to leverage the Hue system’s mesh network to ensure they have signal, which is particularly important for outdoors.

Let’s take a look at what you get in the box, what you need to run them effectively, and how they stack up in different lighting situations.

The Lily Spotlight comes in two package versions, the base and the extension. To start, you’ll need at least a single base unit as that contains the power supply. You may only be able to find a starter pack which includes two extensions as well for a total of three spotlights. The extensions swap the power supply for a T connector to allow you to add multiple lights off the one cable run.

The spot itself is about the size of a soda can, and attaches to the mount with a thumb screw on the side of the base. That allows for easy positioning of the spot at whatever angle you need as it gives you over 90 degrees of rotation. It’s held firm by a serrated seat to it won’t move at all once you’ve tightened the screw.

Mounting options offer some flexibility, with both stake mount and surface mount options included. Either can be attached to the base of the Lily’s swivel bracket using the machined thread on the bottom, and an addition riser rod is also provided for extra height in a ground mounting situation. Finally, while the light itself comes with a short cable run of about 60cm/2ft, each Lily comes with a long 5m/15ft extension. These extensions can be chained together up to the maximum length allowed, eliminating any placement concerns.

I found the installation to be simple, and intuitive. The connectors all have a notch to ensure you can’t insert them incorrectly, and the male/female arrangement of the T-connectors also ensures things are running the right way. You really can’t mess it up.

The Lily itself has a solid feel, being made of cast aluminium (as are the included mounting options) and the cables are heavily insulated suggesting they will last well in the elements. In the time I’ve had the cables out there they’ve been exposed to full sun for two summers now, and they haven’t shown any sign of degradation. Most of the spotlights are the same, and have handled the elements well.

The only one that hasn’t fared too well is the one next to the pool. It’s been exposed to a fair amount of salt water from splashes and is showing some corrosion around the top ring, but I don’t think it’s fair to blame Philips for that. This does suggest these won’t handle sea-side installations well, but I guess not much does.

The cable fittings are weatherproof screw-in connectors, and the spotlight has a water resistance rating IP65. The power supply bumps this up to IP68 in line with modern smart phones, so is able to survive immersion for limited periods. Even so, Philips recommends mounting the power supply above ground using the two screw holes built into the casing. Mine are sitting on the ground, but they’re not in a location that’s likely to flood at any time and rain doesn’t bother them at all.

The 24V power supply allows up to 5 Lily or Calla low voltage lights at once, with a maximum cable run of 35m/100ft. The available length and mixing and matching of lights is a nice consideration as it means you can viably light an entire area off just one power outlet and simplifies the cabling involved.

I’ve used a mix of both around the pool, with the Callas providing general area lighting and the Lilys highlighting feature plants. You could also use them as down spots mounted vertically on a wall or pergola post.

The light is produce by a full color LED array in the center of the spot barrel, with fine control of color and brightness through the Hue app, or a supported third party platform. The Lily has a brightness of about 600 lumens, or a 50W equivalent.

As noted before, garden spots are intended a feature lighting rather than providing broad illumination. The light is spread surprisingly wide by the fisheye diffuser (it’s flat on the outside, but convex on the inside) so it provides a good splash of color up to about 3m/10ft. I set one up a couple of paces from a wall trellis and found it illuminates pretty much the whole wall quite well. It’s not a bright light, but more of a soft accent light akin to a mood lamp, although it’s perfectly adequate illumination for moving around at night as well.

This is more a feature of the Hue bridge, but worth noting here. Hue has amazing third party support through their Friends of Hue program, and includes all the voice assistants, as well as support for many platforms such as Wink, Samsung SmartThings, Logitech Harmony, and extensive Apple HomeKit integration. I find this an important point, because investing in a Hue system can be expensive and you don’t want to be hobbled if your platform of choice goes down hill. For me, it’s nice to know I can use that investment with any platform I like.

It’s worth noting again that these are feature lights, and not intended to brightly light an area. Some folks have mistaken the term spotlight for floodlight. If you’re looking to light up a feature plant, trellis, water feature, or something similar, they work great. For large areas, they don’t have the throw or brightness to cope.

On the brightness front, they do suffer a bit from a small LED array. While the brightness of 600lm is achievable with whites or off whites, once you start to go towards a full red, green or blue you drop the brightness considerably. This is due to the fact that you’re only using some of the LEDs instead of all of them as in the case of near whites. Blues in particular can seem quite dim, but I’ve had better results with greens and reds. Pushing the color a bit towards the white can help as you bring in more of the other LEDs.

I’ve taken some example shots in various positions, shown below. These were taken with the iPhone 11 night mode which actually produced brighter images than real life. I’ve manually adjusted the exposure to visually match them to what I was seeing as closely as possible. As you can see, the brightness is perfectly fine for garden feature lighting, but it’s not bright light.

While the extensions do offer flexibility of placement, they only come in the one length, and the design of the connectors means you need to place one between each light. If you’re arranging them in a small area, you’ll have a lot of excess cable to hide. I found just leaving it coiled next to the lights and burying it under mulch was effective enough, but if you’re surface mounting it could be harder to hide away.

Finally, as with any wireless product, your mileage may vary. Hue’s ZigBee network provides for an extendable lighting system, and generally allows you to place lights pretty easily through and around the home. Individual lights are still range limited, and if you don’t have any other lights close enough you may experience connectivity issues. This can also be caused by obstructions or interference unique to your situation, so you’ll ideally want another Hue light in line of sight to to your Lily spots to ensure connectivity.

I’ve found that the distance between the lights at the maximum extension length is fine, and they can effectively create a network path between each other so long as one end is close to another Hue light or the bridge. In my case this ‘anchor’ is provided by some Hue outdoor fixtures on the wall of the house, but an indoor bulb can do it if it’s close enough. ZigBee’s mesh capability is pretty useful in getting lighting out into the yard reliably where Wi-Fi devices might not get good signal.

This product offers a similar design to the Lily, but is WiFi powered, and limited to Alexa, Google Assistant, and IFTTT integration. With an IP65 rating and the ability to run 5 lights off one power supply they are a close match to the Lily in terms of tech specs. Some folks have had WiFi connectivity issues, though. 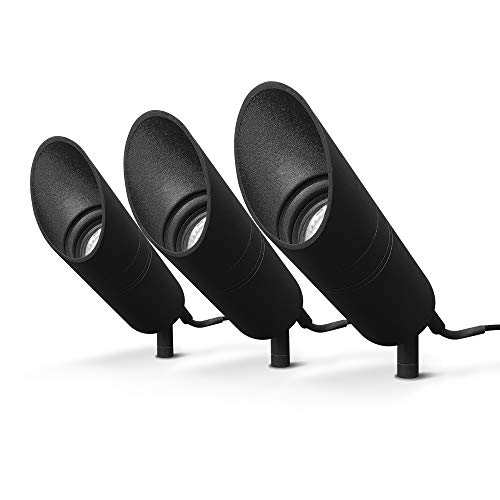 ﻿This Bluetooth option offers 11W color dimmable garden spots, but only supports it’s own proprietary app with no smart platform integration. It runs off a 12V power supply, which means it’s only capable of 300 lumens instead of the Lily’s 600. Color reproduction is a bit hit and miss according to customer reviews, and the inherent limitations of Bluetooth restrict what you can do with these. 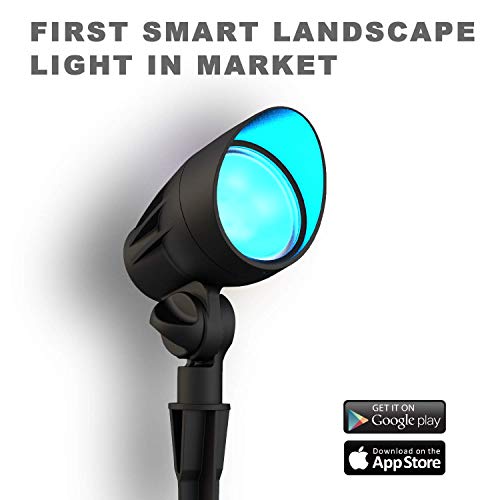 For a brighter option, the Novostella floods offer Wifi connected full color LED lights with an IP66 rating and 2000 lumen brightness. They’re floods, so less directional. Support is provided for Alexa and Google Assistant control and each light comes with an antenna to enhance WiFi connectivity. 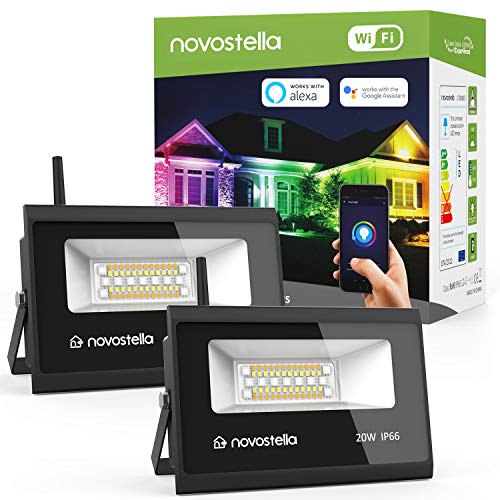 If your looking to add mood lighting to a specific feature, and want deep integration with your smart platform of choice, then the Hue Lily is a solid choice. You pay for the tech and get extensible connectivity, fast response and good automation control. I had initial concerns about longevity when they were new to market, but having put them through two summers now, I’m pretty happy to recommend them as they’ve proven reliable.

If you have a stake in the Hue ecosystem, these spots will give you the best experience and do a great job (just don’t expect them to be flood lights), but if you’re cost conscious or haven’t gone all in on Hue then you could look at the alternatives. Given the limited options in this category though, you might find investing in a Hue system the best way forward for the long term. 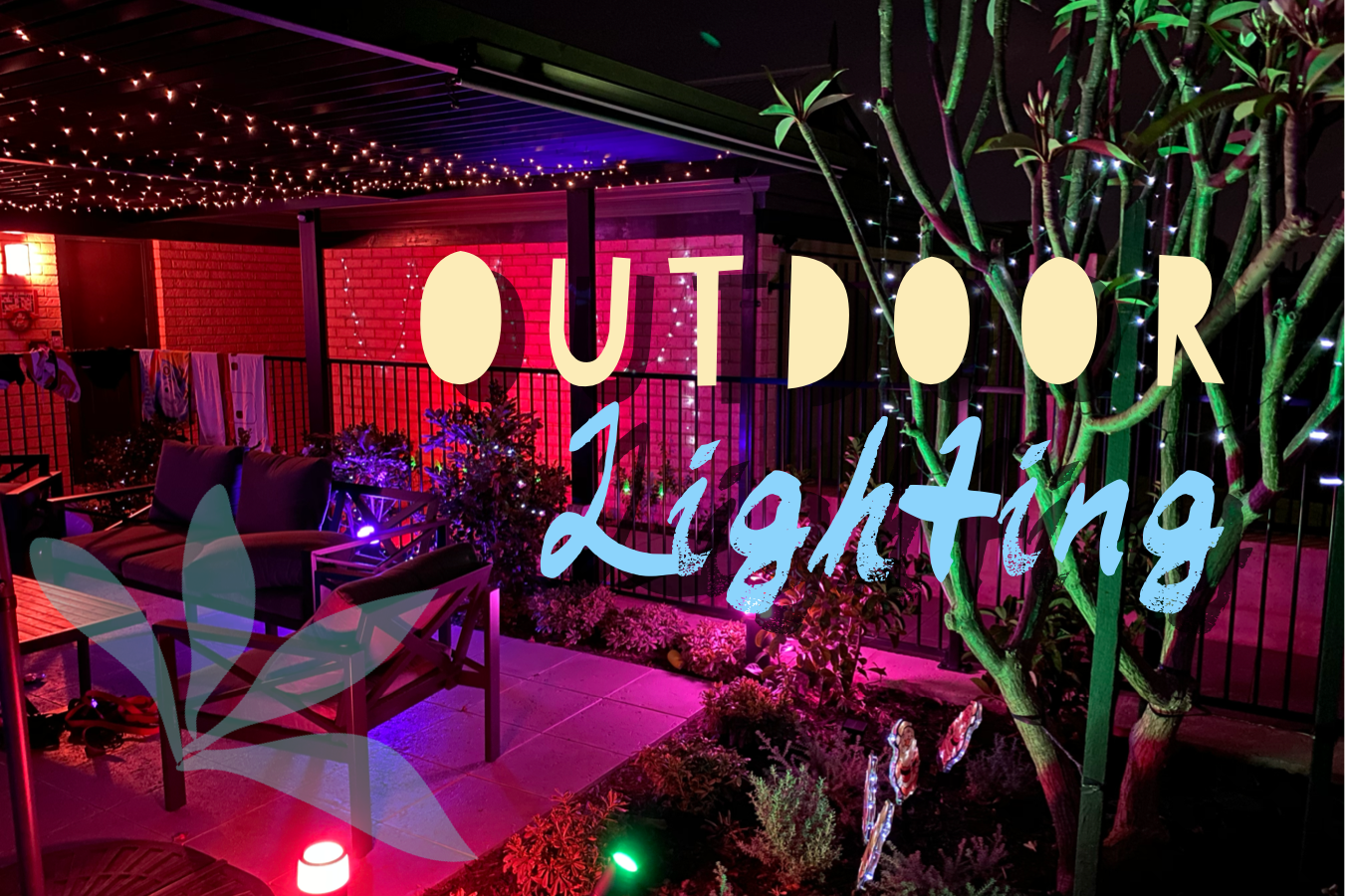 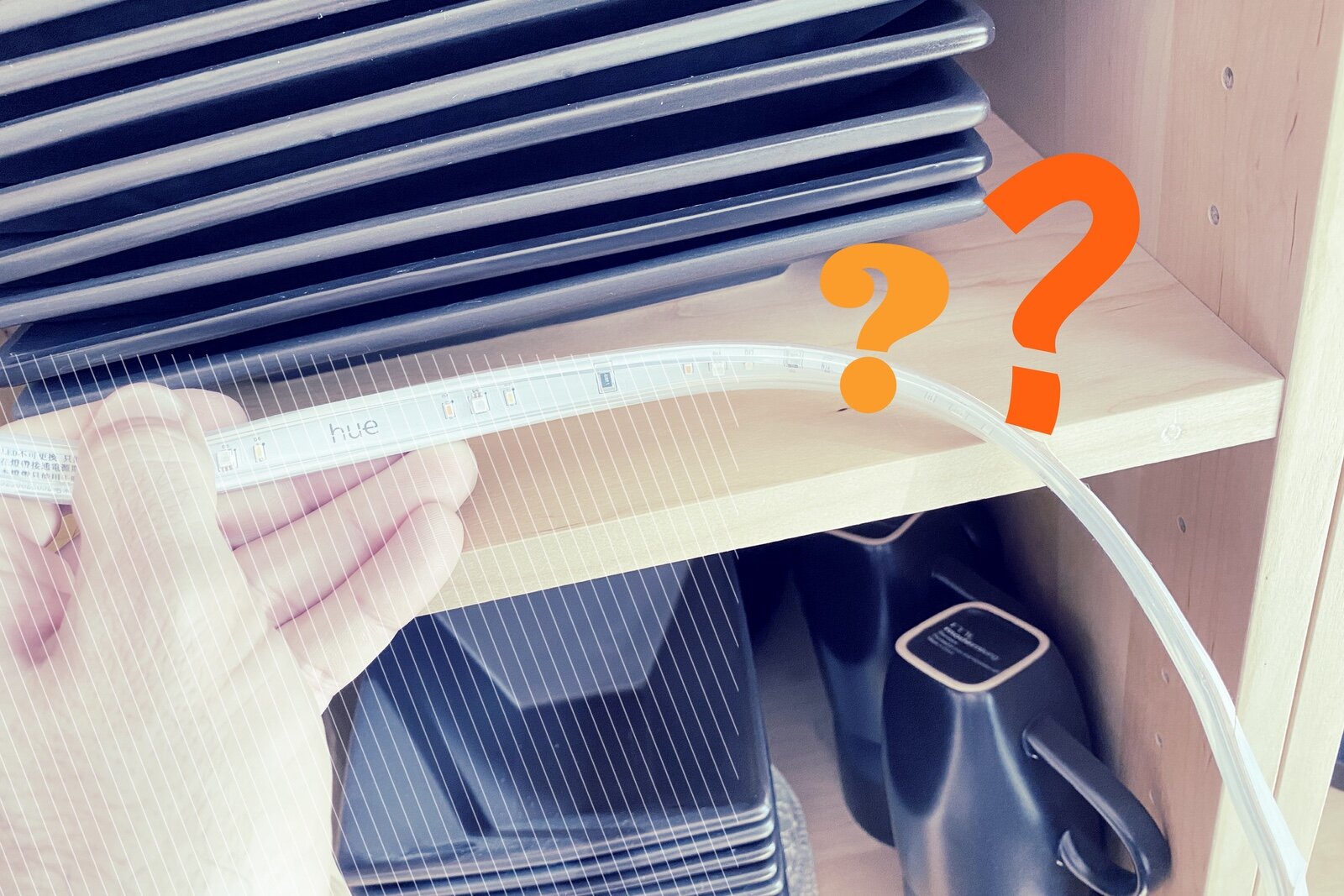 Getting the most out of smart light strips 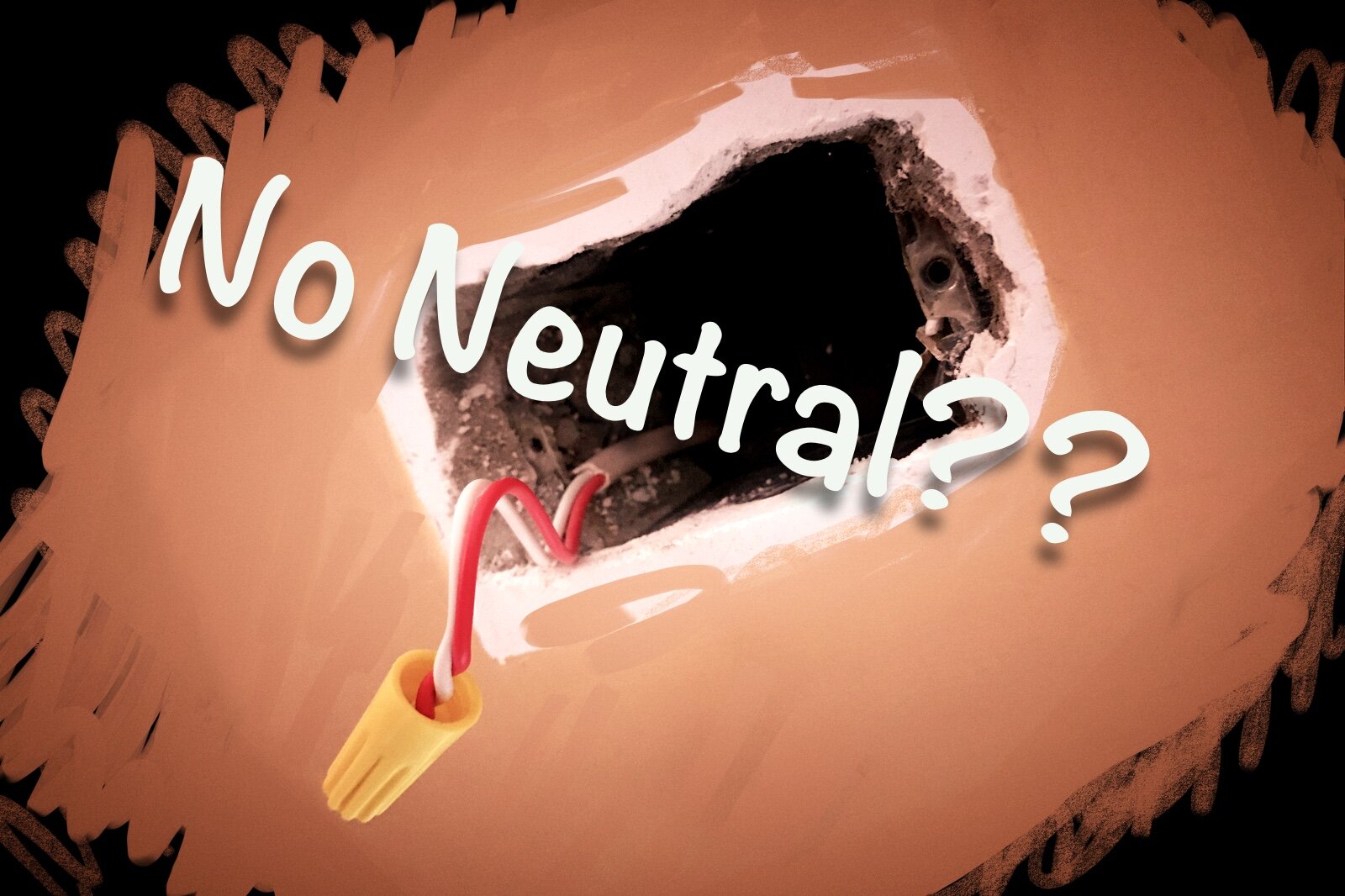 The Best No Neutral Smart Switches in 2021